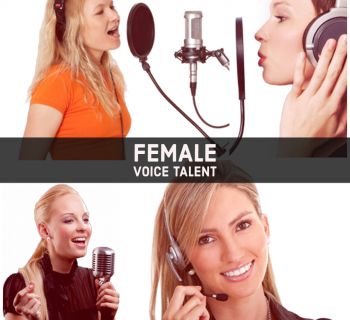 The rise and rise of the female voice

The Bible’s account for the origin of our species depicts Eve as the more influential partner in the Garden of Eden. One has to speculate. Did she whisper her desire for Adam to partake of the “forbidden fruit”? Or was it a blunt command?

Whichever voice style Eve employed it certainly did the trick.

History is awash with the names of women whose voices have altered the course of society.

Today as the world comes to grips with an all-conquering virus named Corona did you know that name has been a popular choice for baby girls. Scary!

The names of women of influence include Egypt’s Cleopatra, China’s Empress Dowager. Even the game-changing “Iron Lady” of Britain, the inimitable Maggie Thatcher.

Here in New Zealand, the female voice has long been on the rise. The nation can justly claim to be the first self-governing country to grant the vote to all adult women.

Long before the triumphant reign of Jacinda Ardern as leader of the Labour Party and the nation’s 40th Prime Minister we celebrated Jenny Shipley as the first female PM and Helen Clark the country’s 37th.

The persuasive power of Female Voice Talent has not been lost on advertisers and brand managers across the globe.

Research has shown that most people say they prefer female voices in ads.

Many would argue this preference is because the first voice we come to know belongs to Mum. Wallowing in her tummy that voice was a constant companion.

In life, our subconscious harkens back to that secure environment. The voices we hear trigger responses in memory and emotions.

All the bots are birds

Programmers are also taking advantage of the attention-grabbing lure of Female Voice Talent.

Amid the plethora of Voice-Activated Assistants, female voices seem to be a common denominator.

There’s Google’s Voice Assistant. Microsoft has Cortana. At Amazon it's Alexa. Apple gave us Siri, although for the last three years it has been possible to choose a male alternative, it’s just that no-one bothers

AI developers are on the same feminine wavelength. Window’s Data Bot for example. Then there is Bixby from Samsung and even Bank of America has Erica.

Google used a male voice when it launched in the UK. That version featured an up-market Male British Accent. It seems the Brit’s romance with butlers continues.

So when you need the perfect Female Voice Talent to power your next campaign head straight to the business audio specialist. Media Group NZ.

You can do everything online from auditions to arranging quotes and demos. Go to www.mediagroup.co.nz