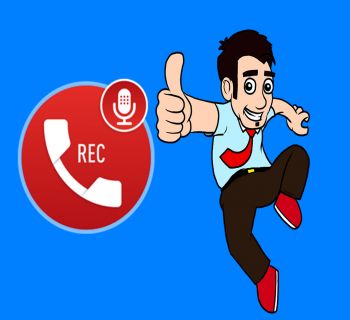 When did the job title become so much more important than the job itself? If current trends persist people are going to need much wider business cards. At conventions extra-large name tags will be worn by every delegate.

They’ll probably need to extend the desks at the United Nations to accommodate the bourgeoning displays of over inflated job titles.

We can enjoy the good humour of “playing around” with titles. We hear references to the spouse doing household duties as the resident Domestic Engineer. Or the garbage truck driver can be known as the Sanitary Waste Removal Transport Superintendent. It’s good fun.

However when the time comes to record the 30 second script for a radio commercial we are apparently not looking for Announcers. The title “radio announcer” obviously didn’t cut the mustard.

Perhaps announcers are what they had back in the days of steam-powered radio.            So today we are left trying to Hire Freelance Voiceover Actors.

Let’s look a little more closely at this particular job description. We start with the word “Freelance”. In the advertising industry, this adjective is used euphemistically to supplant a more realistic assessment of an individual’s employment situation.

Next word. “Voiceover”. In reality this is merely a fancy way of saying “Announcer”. Before the word was purloined by the broadcast media and recording studios it was a film maker’s direction.

As technology advanced in film making audiences demanded more realism on the screen. Actors were required to speak their lines and cinemas began to screen “talkies”.

In the beginning the direction “voice over” didn’t mean the actor had stopped speaking. It indicated whether a film actor would be heard speaking while on camera or heard only as a voice playing over the picture”.

Remember the task was to Hire Freelance Voiceover Actors. Anybody who answers to both Actor and Freelance is probably going to be available. Perhaps available sounds risqué. The correct term in the theatre game would be “resting”. An abbreviation of resting between engagements!

You could be forgiven for thinking all voice actors are indiscriminate, nomadic wanderers. Plying their trade yet hidden from view. Surrounded in mystery and often way too much reverb!

Where can you readily find these illusive gypsy artists of the vocal trade?  In New Zealand and over on “the West Isle” the best place to start is Media Group.

At Media Group NZ we are fortunate to have nailed down the best selection of professional male and female voice talent.

The best by any title

Call them voiceover artists, voiceover talent, voice performers or even announcers! Perhaps you prefer Compere, EmCee or Dee Jay. Whatever floats your boat!       Just be wary of taking a simple job title and letting it morph into its own madness.

For sound advice on the best voices for your next project; www.mediagroup.co.nz