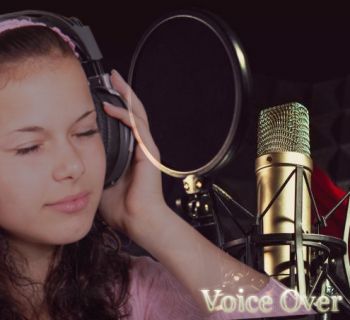 The robots have voices

The fear of automation taking over is real. Artificial Intelligence, Ai to the sophisticates, is inching its way into our everyday life.

Self-drive cars already seem passe!  For over twenty five years, that’s a quarter of a century in the old language, passengers at Singapore’s Changi Airport have been riding around on driverless buses.

It makes sense that automobiles are becoming more robotic. They were created by robots on automated assembly lines.

Aircraft are billed as “fly by wire”. These buses of the skies, it is rumoured, are crewed by one man and a dog. The man’s job is to feed the dog. The dog is there to bite the man if he touches anything.

The voice on the car’s Sat Nav, that’s a satellite navigation system in the old language, is as robotic as R2D2. How can you tell? Wait till it tries to correctly pronounce the name of the street where you live.

Rage against the machine

Today the voice over artists around the world are under “App attack”. Some audio studios and production companies are taking voice actors down the Uber road. The driving force is as always the bottom line.

It’s hard to imagine Hollywood’s casting agents dispensing with the human factor in favour of algorithms to choose the cast for the latest blockbuster. But the rot has already set in with the selection process for the best voice artist to hire.

It’s a soul-less race to create the World’s 1st Voice Over Marketplace.

The unfortunate voice over actors are being herded into a life of endless auditions.  Mere mignons in an audio sausage factory. Some voice talent in pursuit of their income are recording up to 15 auditions each day.

If your new project is number 14 on a list you’ll realise why there is a lack of energy and enthusiasm in the unpaid performance. Give the voice over artists a fair go.

Imagine spending your time every day queueing-up for work just to see if there is a job for you. As a voice over artist in this brave new world you’ll also pay for the privilege of standing in line by way of a membership or commission. Maybe both.

At Media Group NZ voice over artists are not victims of automation. There’s no algorithm driven aspiration to be the World’s 1st Voice Over Marketplace. Instead Media Group NZ is positioned as simply the best in business audio advertising.

When you need to hire professional voice artists, male or female, any age group, whether for broadcast media, cinema, company videos, e-learning, the internet, telephone messages or in-store announcements go to  www.mediagroup.co.nz