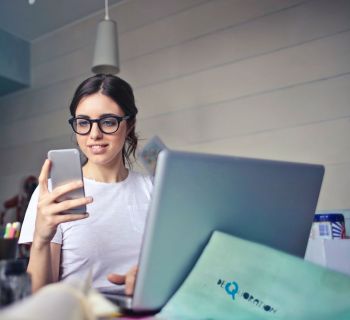 If you are sort of normal, you know, the average for a human-type person, you would probably be at a loss without your mobile phone. But that doesn’t mean you treat it with respect. The familiarity they say breeds contempt.

It is likely worse with office phones. You probably don’t even know how the company telephone system is supposed to work. When was the last time you checked the Telephone Music On Hold to see if the program was playing properly?

I am the same. Like most of us, we simply take the telephone for granted.

I’m sure Alexander Graham Bell would be dismayed. Even if he did pilfer the idea of the telephone from an Italian inventor named Antonio Meucci.

In 1871 poor Antoni had filed a notice of his invention which he had laboured on since 1849. However, after falling on hard times he failed to renew the caveat on his “voice-communication apparatus”, and the fleet-footed Bell jumped in and got the patent.

I see the latest US victory has been successfully claiming the international rights to Ugh Boots. They succeeded in usurping the Aussies who had been trying to do a Phar Lap with our cute woolly footwear. Up the Yanks I say! Right up ‘em.

So maybe you’ll be encouraged to get to know all the features of your office phone system. Perhaps starting with the Telephone Music On Hold to see if the volume is correct and not distorting.

The sole purpose of your On Hold program is to reduce the number of people who refuse to wait online and simply hang up. Callers will not be impressed if they are left dangling On Hold especially if the volume is too soft or too loud.

The most effective On Hold programs have music as well as short messages which include information about your products and services.

Media Group NZ, the business audio specialists, can create an On Hold program to entertain and inform your callers and keep them happy waiting in line.

Their team of writers will prepare the scripts on your behalf and help you select the sort of music your customers will like from a library of Royalty Free music.

Interested? Start now by getting a sample on-hold message for FREE! www.mediagroup.co.nz