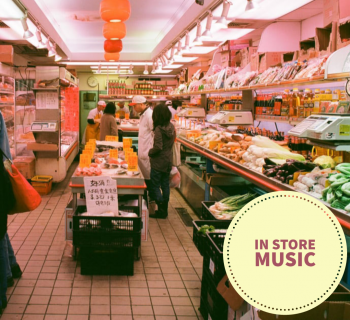 Get the music on your side

If music be the magic to soothe the savage beast does it also put a spark into the sleepy shopper?

A lot has been written on the influence music can have on the human psyche.

Media Group, the business audio specialists have witnessed the soothing effect music has to telephone callers placed On Hold.

Around the world research studies adequately demonstrate the influence music has on the perception of time elapsed. I’m sure the Professor in “Back to the Future” would be interested.

The idea of Professional Music Programming for Instore is a well-proven concept developed continuously since the 1930s.

Muzak became the generic name for background or “elevator” music.

It’s only rock and roll, but you have to be careful with some genres of music. Even if you are part of a shopping mall the music being piped around to all the outlets may offend some customers and annoy others.

The music heard in your place needs to be better targeted to suit your audience. Remember they are your customers so you will already know a little of their taste in music. So get involved with choosing the tracks.

Get in the pocket and pick

At Media Group, the business audio specialists, you not only have input from some of the best in Professional Music Programming for Instore but you also have access to an enormous library of Royalty Free Music.

Royalty Free meaning you are not liable to pay annual licencing fees in Australia or New Zealand to collection agencies like APRA and AMCOS.

Together with Media Group you can organise the perfect playlists for your Instore Music program.

Take a free trial to start

Don’t make your mind up without giving it a go. Ask about having Instore Music on a free trial at your place for 30 days.

You only need to supply a basic stereo system. The player is supplied. If after 30 days you can choose to return the player or discuss signing a contract.

Find out all the info on Instore Music at www.mediagroup.co.nz