Music On Hold For Business 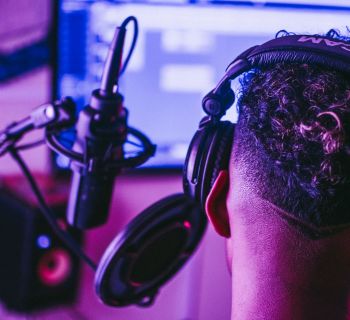 I can still recall the first experience I had been placed On Hold. It happened overseas not long after I landed in Asia. I didn’t know the lay of the land. I had a thin grasp of the local language and I knew less of the customs.

Due to the nature of my assignment, I needed to contact a government official, just a middle-ranking public servant, but it was a marathon effort to get past the operator.

I thought I was told to “grip the line”. I literally thought I was required to grab the phone cable. - OK. I had a very sheltered upbringing - and as mentioned I wasn’t well versed in the local tongue.

Then like all callers “on hold,” I was forced to listen to some strange chimes. You may remember the rubbish early IT developers passed off as computer-generated music.

As the years rolled by, like the rest of the world, I became more used to being asked to hold the line. By then I knew not to take the literal interpretation.

Fortunately for all of us, by that time the chimes were fading fast and Music On Hold For Business had become de rigueur.

However, something seemed wrong. My work in advertising had made me acutely aware that a marketing opportunity was being overlooked.

To callers holding the line, the music did help pass the time, however it did little to advance the company’s cause. Here was a captive audience and no attempt was being made to interact with the callers.

Here was a golden opportunity to improve on the original concept of Music On Hold For Business by inserting messages in between the musical interludes.

In the beginning, they were restricted to polite announcements about how “You have advanced in the queue” and “how valuable your call is”.

Then a little over a decade back, Media Group NZ, the business audio specialists perfected the concept with targeted programs of On Hold Messages and Music.

Along with the music, callers put on hold began hearing informative messages about the company they had called. Interesting and current stuff about products, services, and upcoming events.

The result was a dramatic reduction in callers hanging up. For the first time placing a caller On Hold became an OK thing!  www.mediagroup.co.nz