How much do you value a call? 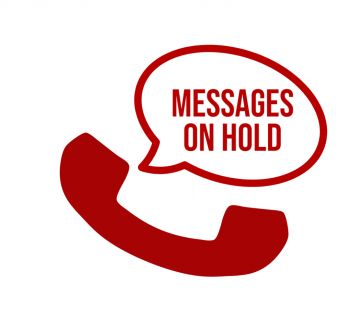 If you have ever been left dangling at the end of a telephone wondering if you’ve been cut off and deserted, you’ll have a heightened appreciation for the often maligned On Hold program.

The fact is a well-produced, professionally voiced On Hold program is a very effective weapon in reducing the number of callers who simply hang up on the call.

On the question of Messages On Hold Pricing it might be more practical to consider what happens by not having an MOH program on your business phones.

The primary aim of the Messages On Hold program is to reduce callers hanging up. When that happens the chances are high that instead of calling you back, they will take their business to one of your competitors. That’s costly.

You not only lose business to a competitor but you risk damage to the company’s reputation as a professional operation. This can be in spite of serious efforts to portray the business as having a positive approach to caring for customers.

It’s the old double whammy. Lost opportunities and encouraging callers to look elsewhere. So in real terms, Messages On Hold Pricing is not the issue.

The problem is one of the serious costs incurred for the lack of a quality On Hold program that will keep callers entertained and informed while waiting on the phone.

The music is drawn from extensive libraries of Royalty Free Music. You can play a part in selecting the style of music that will be best suited to the business image you wish to project.

The music tracks could come from any genre; pop, rock, jazz, country, and more.

Along with the music you will decide on the content of any messages that callers will hear between the music tracks.

While you have the option to pen your own messages don’t get into a flap about it. The copywriters at Media Group NZ will create the scripts for you to approve prior to recording.

You will also have the chance to pick the voice over artist(s) to hire from the male and female professional voice over talent on the books at Media Group NZ.

When you’re happy with the scripts, the music tracks and the choice of voice for your Messages On Hold program, the finished product will be produced to the highest standards by experienced producers in state of the art digital recording studios.

Modern telephone systems are built to incorporate MOH programmes but if needed Media Group NZ can supply an external player like the MOH 1200.

When the time comes to update the messages or if you wish to incorporate a seasonal greeting all those changes can be on-line in next to no time.