VOICE OVER VS VOICEOVER 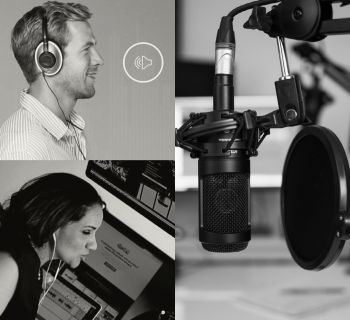 For years I laboured under the misapprehension the title Voice Over was another employment opportunity offered by the mob. The other was in Stand Over.

I wasn’t sure if I should say “Voice Over” or “Voiceover”. I presumed one way was the old Sicilian style and the other a New York influence. I was concerned.

Everybody knows what Stand Over means with the mob. It means lots of standing around looking tough. Maybe a smoke drooping from your lower lip. You know the non-filter type. It’s always flopping around on the lip but never comes unstuck.

Stand Over means being able to block an entire doorway with your eyebrows. It means having friends in high places who are scared of what you might know. And scared friends in low places who might know all the details.

The title Stand Over isn’t meant to be taken literally. Sure the mob leans on people but that should be regarded as more of an incentive scheme.

These days Stand Over is a misnomer. Standing astride a person like some Colossus in a double breasted suit hardly fits the genteel approach favoured by most modern hitmen. (Advice to ex-spies; Don’t drink tea with strangers who smoke Russian cigarettes)

What Does A Voice Over Do? Unlike the aforementioned Stand Over, it’s highly unlikely that a Voice Over will pull a gun on you and demand all your money. Or even do their best Colossus of Roads impression. Unless you would like to hear an audio interpretation of that legendry oversized Greek.

A Voice Over is an audio actor. A person who articulates the words crafted by a scriptwriter on subjects ranging from breakfast cereal to more interesting topics such as the mating habits of newts and more. Stay tuned for the special expose on   banning TV reporting of live coral spawning until after 10pm.

So if you need of a Voice Over, to whom do you turn? Someone to breathe life into the script for your radio or TV commercial. A talent who can create interest in a presentation on any topic.

When you need a male or female professional voice artist, from any age group or ethnicity For once there is a simple answer. www.mediagroup.co.nz