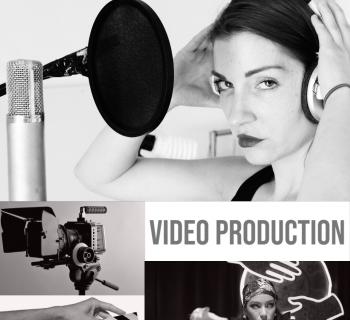 Back in 1979 the first video to play on MTV was the not very prophetic song “Video Killed the Radio Star”.  Since then radio’s listenership has skyrocketed through the introduction of AM stereo, FM broadcasting and the World Wide Web.

Originally recorded by UK new wave outfit “The Buggles”, the tune charted in 15 countries and has been covered relentlessly since. The latest version to drive it back into the charts was by “Walk off the Earth & Sarah Silverman” in 2019.

So while video clips might not have led to radio’s demise, the concept highlights the critical failings often made by marrying poor audio to company videos and websites.

The ears have it

If there was a study done titled Video Production Auckland it might be embarrassing to listen to some of the soundtracks.

Nothing amiss with the quality of the pictures. In fact as the city with the nation’s largest urban population, Auckland has many very capable video production houses.

Problems start when the penny pinching begins. When the bean counters get involved it usually means trimming the audio budget.

It’s not that Video Production Auckland style has a monopoly on crappy audio. The inferior audio is a result of digital technology where there is a camera in every pocket and editing software on every PC, laptop and tablet

Today everyone’s a Cecil B. DeMilne. Now every company employee thinks they can direct the company marketing video. While every manager wants to read the script.

The team at Media Group NZ are left bemused at the thought of potentially good video productions being undermined by poor audio.

The solution is simple. It’s the Einstein of no-brainers. Have the business audio specialists at Media Group NZ, prepare the audio component.

Everything can be done easily and conveniently on-line. Start by getting the script knocked into shape with help from Media Group’s seasoned scriptwriters.

Then set about selecting the right professional voice or voices by listening to the samples on the website. You can also choose the music from the company’s Royalty Free Music library.

You can instruct an in-house producer/director to put the audio track together for you or direct the sessions yourself. Either way your video will feature a soundtrack to die for!  First move is up to you at www.mediagroup.co.nz