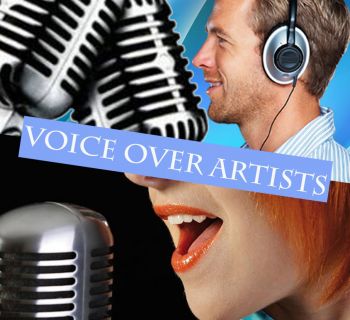 Do you remember the first time you heard a recording of your own voice? It sounded strange right? Like the voice belonged to someone else.

My Dad did it to me when I was 10 years old. I put the blame on the equipment. A monster Grundig tape recorder used to record meetings where my father worked.

Years later playing in a pub band our roadies would record the performances. The band made me to do all the stage announcements. They said sitting behind my drum kit I was safe from flying objects.

I’d listen to the playback after a gig and wonder who was talking. It was a long time before a recording engineer explained we hear our own voice through the jaw bone as well as through the air.

On the job learning

Today I’ve got a “bit of a clue” about what goes on in the studio. As an advertising copywriter I’m involved with Professional Voice Over Recordings every week.

In the recording studio announcers wear headphones, or “cans”. They can hear their own voice as well as interacting with the engineer/producer and client.

Over recent times it’s become common for voice over artists to have a recording set-up at home. In this digital age you need only a quality microphone, headphones, a lap top and a quiet room. I use my wife’s walk-in robe. The acoustics are superb.

I have grown accustomed to hearing my voice back through the headphones. It sounds OK and it does sound like little ole me

That is until those clever studio engineers “goose it up”. They process my cold voice through their mastering software and when I next hear it on radio or TV my voice has taken on a whole new dimension. Just like those Professional Voice Over Recordings.

Again I flash back to Dad and the old Grundig! Surely that can’t be my voice?  I wonder if other voice artists feel the same?

If you’re chasing down a special voice talent to use on your next project, I’ll wager “London–to-a-brick-on” you’ll find it at Media Group NZ.

Get online and start your auditions. Listen to the hundreds of voice artists’ samples on the Media Group NZ website. Whatever you need it’s just a click away.

Get a free online quote and request a free demo. Make it happen here at www.mediagroup.co.nz