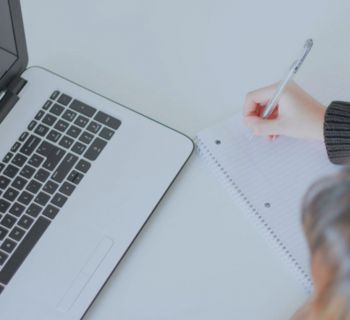 In the formulative years of the television industry, there was an acute shortage of capable scriptwriters. There were experienced writers for stage work, radio ads and specialist press copywriters in abundance. However, TV Commercial Script Writing was a new frontier.

While the first television broadcasts went to air in the USA in the late 1920s any form of advertising on television was prohibited. The Federal Communications Commission distributed commercial TV licences to 10 stations in May 1941.

The first TV Commercial went to air 5 weeks later on July 1, 1941. Prior to the start of a ball game between the Brooklyn Dodgers and the Philadelphia Phillies, viewers were treated to a 10-second spot for Bulova Watches.

From there the floodgates swung open. Advertising grew to be the force behind the TV industry. Just a few decades later in Australia, Sydney TV audiences were being bombarded with commercials that ran 90 seconds. It was a boom time for TV Commercial Script Writing.

The TV industry flourished and socked away the bulk of many nation’s promotional budgets for years. Global advertising giants like McCann-Erickson, the Coca-Cola agency wielded huge influence in world markets.

Show them the money

The once lowly writer of TV commercials rose to god-like stature throughout the Ad Agency fraternity. Along with the reputation came the big bucks.

Copywriters cranking out TV campaigns began taking advantage of their position to move from agency to agency for ever-growing piles of money. They would quickly dump brand loyalty for a bucket of cash. A bit like footballers really??

Many took their work and sometimes appropriated other writer’s stuff to enter in every Advertising Award show. With every award won, their hiring price increased.

The digital revolution created more opportunities for TV Commercial writers and producers. The numbers of writers increased dramatically, however, a lot of chaff survived the threshing and finished up alongside the talented individuals.

Now when you need a competent scriptwriter you can waste days sorting the rubbish scribblers from the talented writers.

Media Group is a head start

Don’t get caught in the same old rut if the results keep disappointing. Head to where you’ll get a fresh approach from a team that loves trying something new. www.mediagroup.co.nz