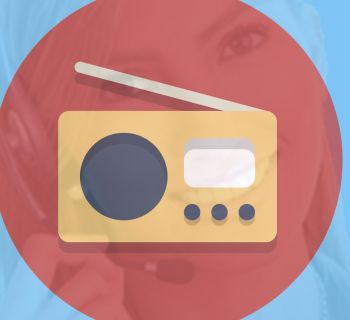 Out on the air-waves voices are working

Have you heard any radio ads that might turn your head? Or at least help open your wallet. Radio advertising has a purpose and it’s not just to keep listeners amused.

Maybe none the Current Radio Commercials on-air in New Zealand has slammed you in the ear drum and headed for the outer layer of the brain - the cerebral cortex.

You might have tuned-in to the country’s most popular radio station The Edge. Probably because of the broad appeal of Jay Jay and Dom Harvey’s show.

There is always the possibility you have been swept up in the stampede to Magic Radio NZ. Magic stepped in when Kiwi FM closed and has cleverly targeted the baby boomers.

Since physics Professor Robert Jack broadcast New Zealand’s first radio programme on 17 November, 1921 the listener has always been there. And listeners attract advertising.

Radio advertisers love a good old sing song. Even from the early years radio producers believed if you had nothing to say then sing it!

Whether it was Fleming’s Milk Oaties or a sea shanty from Broadway Pies to attempts at singing the menu from the Hi Diddle Griddle.

By the time we got really “cool” radio ads kept us humming along. The era of NZ cool began on 4th December 1966 with the first scheduled transmission of Pirate station Radio Hauraki.

Nothing but the tune has changed

When we review Current Radio Commercials it’s good to see we have remained true to the roots. Good Voices and Music. Just to pacify the purists we include sound effects under the music score.

Today we are all still singing along with the advertising messages just as we are instructed. Don't believe it? Have a listen to how Auckland Transport inculcates drivers to check for bike riders when making a turn.

In time with the clicking sound of a car’s turning indicator you will hear a chorus of voices singing “bike, bike, bike”.

Texas Chicken radio ads place so much emphasis on the big, rich voiceover they claim only the spiciest voices qualify to read their radio commercials.

While over at Slingshot their radio promo portrays a scenario where lucky callers get to pick both the deal and the voice over artist telling the details. You could pick Arnie for example.

Media Group NZ provide the best choice of voices, male and female professional voice artists from around the world. When you’re putting together a startling radio campaign, find what you’re looking for at www.mediagroup.co.nz