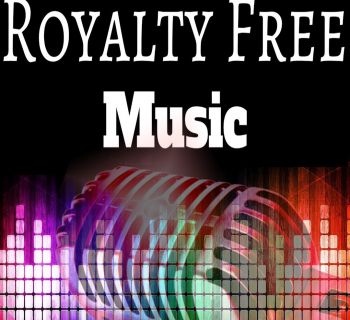 The creation of any new audio track or video immediately raises the question of where will the music come from? The query also applies to any sound effects (SFX) or special audio requirements.

Around our little green globe Copyright laws grow stronger and more enforceable every year. So you have to be sure you have ownership or the correct permission to incorporate any music or sampled sounds in your project.

There are two principal international conventions protecting copyright here in New Zealand. One is the Universal Copyright Convention (UCC), adopted in Geneva, Switzerland, in 1952, the other is the Berne Convention.

Once the copyright issue is sorted, there is also the possibility that any music used will attract APRA AMCOS annual fees. APRA AMCOS is the double-bunger acronym for the Australasian Performing Right Association & Australasian Mechanical Copyright Owners Society.

Both organisations operate as copyright collectives on a not-for-profit basis. Media Group NZ acknowledges the work they do on behalf of the 100,000 members including 47,000 composers, lyricists and music publishers represented in Australia & New Zealand

Original music might be the dream however when the budget comes under close scrutiny, as budgets always do, “dollar constraints” might mean looking for a less costly solution. That’s when you turn to Royalty Free Music And Sound Effects.

There’s no shortage of options. Media Group NZ has an extensive library of Royalty Free Music covering all genres of music. Pop, Rock, Jazz, Country, Classical and more. All of which you can audition on line.

Along with music all sound effects and sound samples usually come under copyright control. In most cases the particular sound required will be available from a library online, on disc or on-demand from Media Group’s recording studios.

Sometimes you have to rely on the Foley Operator to come up with the sound effect. As long as you are not trying to “steal” something as difficult to copy as Tarzan’s jungle call. 90 years later producers continue to rely on that particular sound bite.

The origin of Tarzan’s distinctive ululating yell has always been disputed. Actor Johnny Weissmuller said it was his voice. The former Olympic swimmer claimed he was using his yodelling skills.

Another version says it is a combined recording of three men: one baritone, one tenor, and one hog caller from Arkansas.

That sounds a little more like “Chewbacca” to me although Ben Burtt‎ would sue me. His solo (pun intended) vocal abilities gave sound to the ever loyal “Chewbacca”.

Media Group NZ may not be able to swing through the jungle on a vine, but they will go out on a limb to provide the very best Royalty Free Music And Sound Effects.