How To Write A Radio Commercial Script 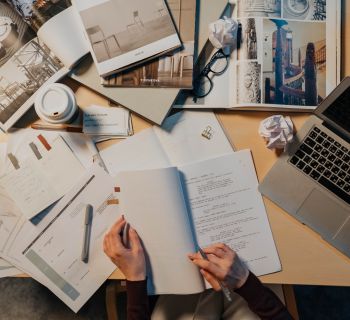 How To Write A Radio Commercial Script : 6 Secrets to Know

It's important to note that if you want to know How To Write A Radio Commercial Script, it's crucial to keep your audience in mind. A radio spot is meant for people who don't have the time or patience for longer articles, video presentations, and other information on the website. This can be achieved by discussing your features quickly and concisely before ending with your call to action.

Here are some other tips when writing your radio ad script:

No complicated words or sentences. Nothing that can be confusing. Please keep it simple and spare. If you can, keep your sentences short and to the point.

Avoid using certain industry terms unless you know their meaning for a radio ad script. Terms like "unique," "world-class," and "cutting edge" are often overused by well-meaning companies but leave us scratching our heads instead of understanding what you're trying to say.

While it's natural to want to ensure that your audience hears what you're trying to say, there's no need to say the same thing twice. You might think that saying something again in another way makes it stronger, but the reality is that it just confuses people.

4. Be clear about your call to action.

For a radio ad script to have the proper effect, it should be clear what your audience needs to do next.

Ensure that the title of your ad script is as descriptive as you can, and make it so that it's as compelling and persuasive as possible. Make sure that the first sentence of your radio ad script clearly states what you're selling and why people need it in their life.

It's easy to get caught up in overthinking what you need to say, but shortening your script will help you stay focused and achieve the effective script that will make it through the production process.

Too much information is as bad as not enough, as it confuses your audience and makes them lose interest in your sales pitch.

6. Start with an overview.

The overview of your script is the opening sentence, which is a short sentence that sums up what the rest of the radio ad will be about. Begin by briefly outlining your product and why people should buy it.

Add some more detail about how you've solved a problem for one or two other people, why they are so special, or how they stand out from other customers in some way.