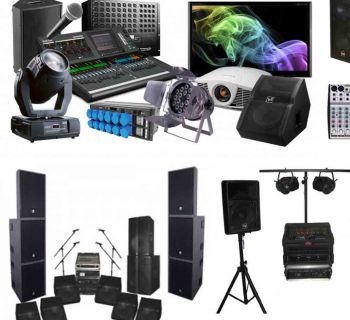 Not long after Adam was a boy some bright spark realised cupping their hands around the mouth helped the sound of their voice travel further.

Before broadcast media, standing on a soapbox and shouting through a megaphone was the next major improvement in getting a message out to an audience.  .

Centuries passed and very little changed. While designers and architects had an in-depth understanding of acoustics everything was geared to improving the listening side of things.

They created concert halls where even the tiny piccolo could transcend the volume of an orchestra in full flight.

On the sound projection side little was done aside from building bigger and longer versions of the cupped hands.

Trumpeters blew fan-fares through extraordinarily long instruments. Swiss mountaineers used horns as long as the side of a house. They used the same thinking with the cowbell. To get more volume, one simply hung a bigger bell around the beast’s neck.

The first patented electric loudspeaker came from Alexander Graham Bell in 1876. It wasn’t much chop and tended to distort speech. The design was improved the following year by Ernst Siemens.

Everything was still happening on the back end. The “cupped hand” end. Practical Commercial Speakers Systems were still to be developed.

In 1906 a man named Lee De Forest developed the triode vacuum tube and the audio amplifier came into the world.

This was the piece of equipment essential in the development of audio systems that could deliver sound to crowds in the hundreds of thousands.

Today we are all familiar with Commercial Speakers Systems in every walk of life. We rely on them to know the destination of the train on platform five. We heed their warnings when the air raid siren goes off.

Rock bands wouldn’t exist without amplified sound and even Andre Rieu concerts would be whispering affairs.

When “talkies” began playing in cinemas to an audience of a few hundred the power of the amplifier in use was around 25 watts RMS.

To get sound to the back of the hall theatres still relied on “cupped hand” technology using a single loudspeaker loaded into a plywood horn up to 5 meters long.

Companies like Altec Lansing reduced the size by developing folded horn-loaded speaker enclosures. They also increased speaker efficiency by dividing the sound into high and low frequencies and using separate amplifiers for the different ranges.

Altec’s bi-amp system became known as “the voice of the theatre”.

It works. Modern-day outdoor venues use the same bi-amp thinking. “Flying” line-array speakers handle the highs while huge sub-woofers look after the lows.

Having the right technology and the best people is essential to success in any field. In broadcast media or on-line the effectiveness of any message hinges on the voice.

When you need to hire professional voice over artists, male or female from any age group, head to the audio specialists at www.mediagrup.co.nz