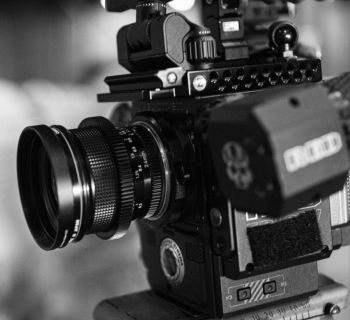 A picture used to be valued at 1000 words

In the digital world, it appears screens are all-pervasive. Think beyond the TV, PC, laptop, telephone, and tablet. You’ve got a menu to wade through just to open the fridge.

Backing the car, you’re looking at a screen. Ordering a burger! The screen suggests if you want fries with that “press here”. Back in the car, the moving blue line on the GPS screen and a strange female voice direct you to the party.

Humans are so accustomed to receiving information in simple, easily understood packages of pictures and words. From TV ads and weather forecasts to airline safety briefings and more.

When there’s a message to get across to people, imagery works gangbusters. Brand developers and retail merchants have always known the power in pictures.

This in part explains Why Video is the Future for Content Marketing.

There’s no life without movement

Content Marketing is the bourgeoning method of spreading the word. Perhaps a result of much-rejecting mainstream advertising. After all, isn’t that why the mute button was invented?

Of course, Content Marketing evolved because that’s where the growing audience is to be found. Online. It refers to the practice of making material and sharing it on social media, uploading to YouTube and posting blogs online.

King among the communicators is the video clip. As mentioned above this stems from the proliferation of visual stimuli we poor humans have inflicted on our poor brains from birth.

Conditioned as we are to processing information presented in audiovisual formats explains Why Video is the Future for Content Marketing.

A sound word of caution

Too often the priority given to the video component of production can result in the audio of inferior quality. This doesn’t have to be the case.

For a very reasonable investment, Media Group will create a soundtrack for you to lift the appeal and impact of any video.

Clients enjoy picking the brains of a team of experienced engineers/producers working in the company’s own state of the art digital studios.  Media Group could be just the input needed in your next production.

Tags: Why Are Videos Good For Marketing?, Does Video Increase Conversion Rate?, Why Is Video So Popular?, How Can I Improve Video Quality?