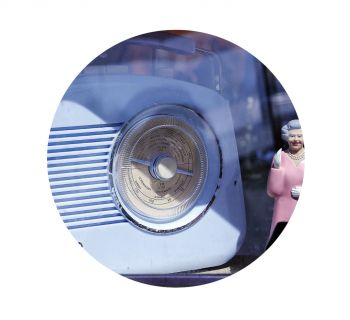 Traditionally radio has been regarded as the “theatre of the mind”. Even today in a world of computer generated imagery and 3D animation the little old radio still competes with visually based media.

The argument is swayed in favour of radio commercials because of the cost difference. Here’s a real example that illustrates how a Radio Commercial Script can become a reality regardless of the perceived production intricacy.

This example comes from the pen of Stan Freberg an American Creative Director and legendary voice artist.

When commissioned to create a promotional campaign to highlight the advantages of radio advertising versus Television, Mr Freberg had the listener “transported”  to the shores of Lake Michigan.

The sound effects throughout the commercial help to suspend disbelief and develop the imagery of an actual event of mammoth proportions.

On top of the drone of a squadron of B29 bombers the announcer orders the draining of the lake and we hear a command to refill the lake with whipped cream.

Finally the order is given to drop a giant maraschino cherry right on top of the mountain of whipped cream.

We hear the prolonged whistle of the giant cherry as it hurtles down like a bomb   culminating in a loud “sploosh” as it lands in the cream.

The announcer voice, now in a very tongue in cheek delivery says the words “Try doing that on television”.

While not every Radio Commercial Script is going to need that high-flying Madison Avenue magic, you can be sure of getting hardworking radio advertising written and produced by Media Group NZ.

Regarded throughout the advertising industry as the business audio specialists, the advantages of working with Media Group NZ will put you in the winner’s seat.

Begin with having your scripts written by one of a team of experienced copywriters. You will also have access to the widest possible selection of voice over talent.

The professional male and female voice artists at Media Group NZ come from all age groups and ethnic backgrounds. You can listen online to samples of the available talent at the website.

Take the stress out of preparing your radio commercials and your audio for TV spots, company videos, Website, telephone On Hold, After Hours’ messages and voicemail here at www.mediagroup.co.nz