How to Make Audio Advertisements 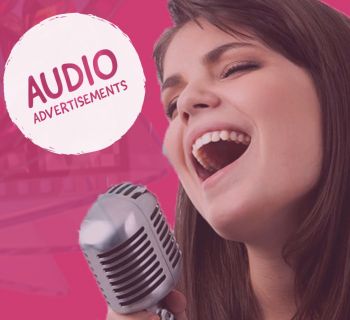 Sound through the ages

Since prehistoric time mankind has communicated through the use of sound. The grunts and growls of cave dwellers. The tribal drums of African tribes and North American Indians are testament to these rudimentary message systems.

If you believe Mick the hero of the movie Crocodile Dundee, the Australian Aborigines supposedly employed a device called the “Bull Roarer” to send signals across their wide brown land.

Neanderthals who co-existed with modern humans before eventually becoming extinct about 28,000 years ago probably had more refined techniques including rudimentary language skills.

However, it was not until the early 20th century and the invention of AM (amplitude modulation) radio broadcasting that mass communications brought about the need to know How to Make Audio Advertisements.

Today people are inclined to be a little blasé about the world of advertising and the role audio it plays in keeping the wheels of commerce turning.

All too often we seem to be hoodwinked by the glamour of visual mediums like television, cinema and the internet.

But today more than any time in history we are surrounded by an audio presence emanating from radio stations, both AM and FM (frequency modulation) as well as podcasts, online web pages, streaming services and the ubiquitous legacy of Logie Baird, television.

In order to be successful in today’s business environment it’s essential to embrace the power of the media and on-line advertising.

Within the marketing budget there has to be an allocation to produce the TV and radio commercials to promote the company’s products. It follows that some expertise will be required in knowing How to Make Audio Advertisements.

Get the specialists on side

When the time comes for you to launch a promotions campaign using TV or radio as well as cinema and the internet, you can count on Media Group NZ to excel in creating the audio component of any advertising you wish to run.

They’ll provide expertise in creating the scripts as well producing the finished audio tracks to the highest standard.

From the Media Group NZ stable of professional voice talent, you’ll be able to hire the best voice over artists for your campaign.

Plus you will gain access to the vast libraries of Royalty Free Music to incorporate into your campaign.

To get the most from the audio component in your advertising and promotional efforts go to www.mediagroup.co.nz